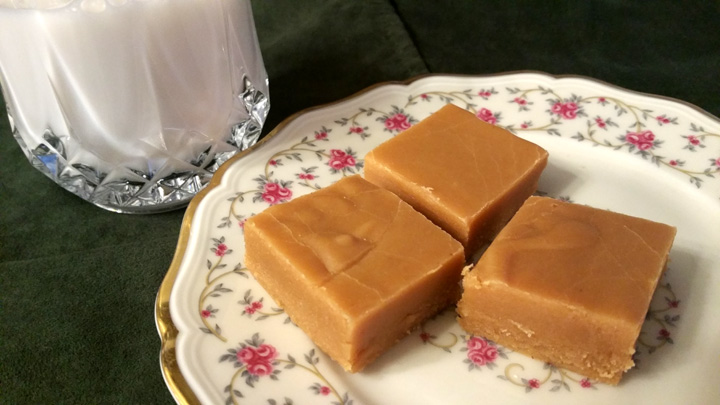 As a teenager I got her to teach me how to make it. But, like most grandmas, she didn’t have an exact recipe. She cooked by feel. And it turned out amazing every time.

Sadly my grandma is no longer with us. But holidays just aren’t the same without that childhood treat. So, this week I took my hand-written teenage-me notes from the original teaching session (I can’t believe I still have them after all these years!), and set out to recreate that nostalgic food memory. It took several attempts, but I finally got it right. And in one bite I was a little girl again. 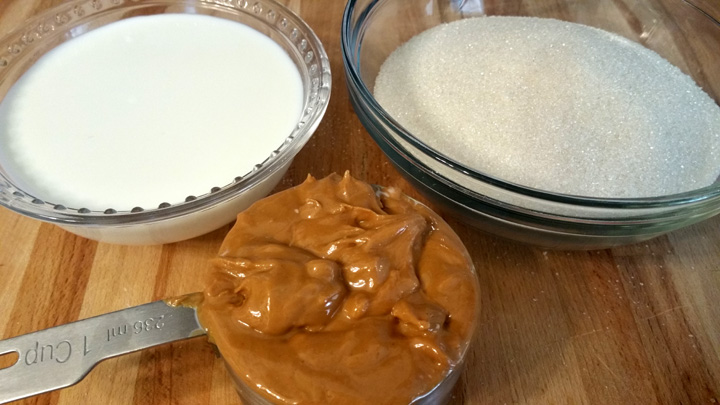 Before you even turn on the stove, get everything prepared. You’ll be glad you did, because once you start to cook it goes fast and there’s no time to stop and gather an ingredient or prep a pan. 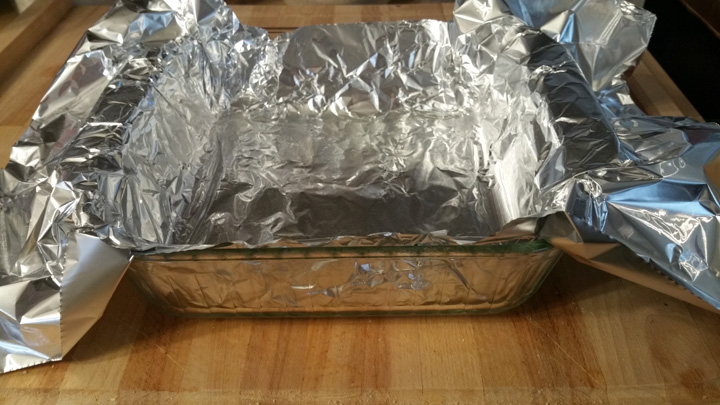 Grandma used to butter a regular dinner plate, then pour the fudge onto the plate, cool them, and serve them all on the same plate. With six kids and 2 grand-kids around the house, there was no need to worry about storing them – the fudge never lasted that long!

As a single girl, there’s no way I could eat an entire pan of fudge by myself. So, I prefer to make it in a square cake pan. Then I can slice the fudge into even squares, place them in little paper cups, and package them into pretty bags or boxes and give it to friends. I line the pan with foil, leaving some to overhang the edges so that I can easily lift the fudge out of the pan when it’s done cooling. 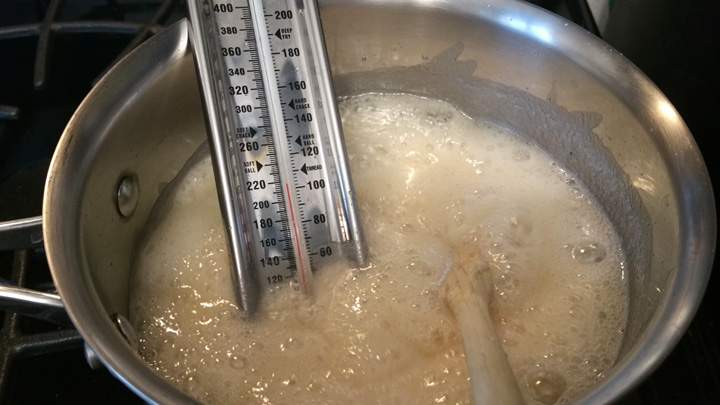 Grandma’s notes say to “cook to soft ball stage,” which means when you drop a small amount of the syrup into a bowl of cold water, you can scrape up the sugary mixture and make a soft ball with your fingers. Again – grandma cooked by feel. I’ve tried using this technique with only about 30% success rate. Most of the time I either overcook it (fudge is hard and crumbly) or under cook it (fudge never solidifies). So I decided to use a candy thermometer – and bingo! Success every time.

Boil the sugar/milk mixture until it reaches about 225-230 degrees. This is technically “thread” stage, and not quite soft ball, but I’ve found it works better and I never overcook it this way. 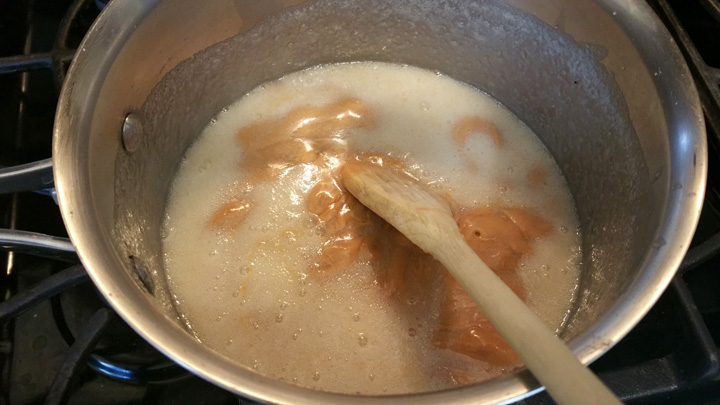 Once the sugar/milk mixture has reached the right temperature, remove it from the heat and add the peanut butter. Stir quickly until the peanut butter has melted and is completely combined. Depending on how hot/long you’ve cooked the sugar mixture you may have as little as a few seconds, or as much as a few minutes, to get it into the pan.

A note on peanut butter: This recipe has so much sugar that I’ve found the all-natural, no-sugar-added peanut butters work best. 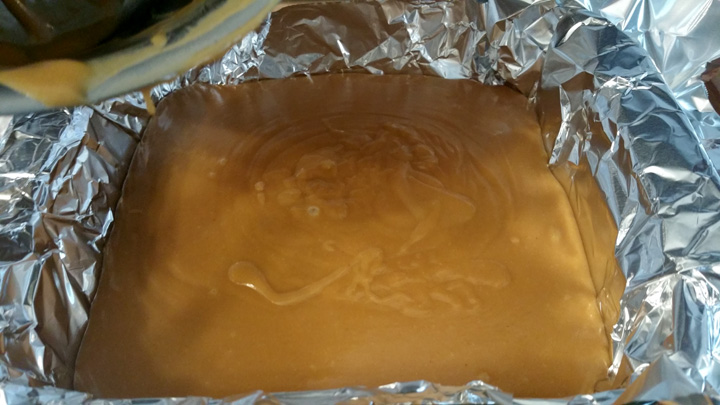 Pour the hot peanut butter mixture into the prepared pan. If it’s liquid-y, it will even itself out. If it’s a bit more solid, you may have to use a spatula to spread it out in the pan.

Refrigerate, and when the fudge has mostly solidified but is still soft, slice into small squares. This fudge is very sweet and very rich, so small squares go a long way.

Now all that’s left is to enjoy this delicious treat with a cold glass of milk and a good chick flick.

Instructions
1) Pull all ingredients together and prepare square cake pan by lining with foil.
2) Combine sugar and milk in high-sided sauce pan.
3) Bring to boil and continue boiling until mixture reaches 225-230 degrees.
4) Remove from heat and add peanut butter. Stir quickly to combine.
5) Pour into prepared pan and spread into an even layer.
6) Refrigerate until firm.