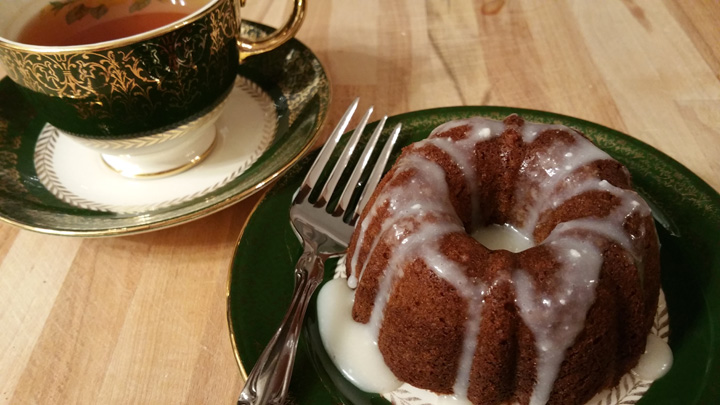 My friend Jenn (there are a lot of us Jenns and Jennys and Jennifers around these days), made applesauce spice bread and brought it to a rehearsal for a show we were doing together. I loved it so much, I thought I’d adapt her basic recipe to a cake, instead of a bread, add a few of my own twists, and bake them in little individual bundt pans. The results are these applesauce spice cakes with cinnamon cream cheese glaze – and they’re amazing! I used the applesauce from this recipe. To top them, I created a cinnamon cream cheese glaze. But Malinda, my producer, who happened to be around while I was recipe testing this treat, took a few home with her and said they were delicious slathered with apple butter from this recipe.

However you decide to eat them, they’re delicious! 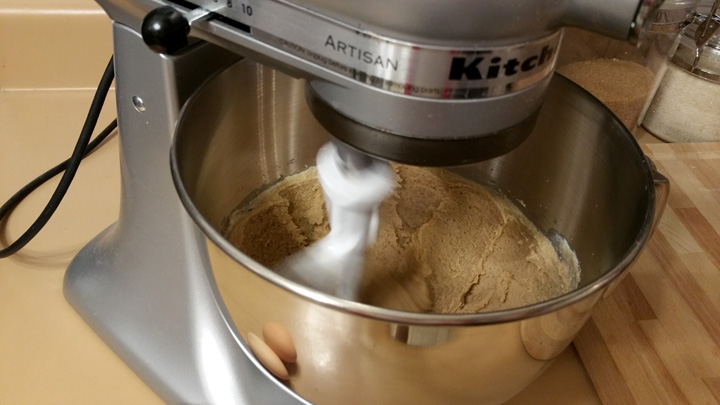 Start by creaming the butter and sugar together. I used my stand mixer, but if you don’t have a stand mixer, a hand-held mixer will work just fine. Cream them until the mixture is light and fluffy. I’m not kidding, the butter really does get lighter in color and increases in volume a bit. During testing, I tried this recipe with and without creaming, and I learned it actually does make a difference. So do it. Trust me on this. 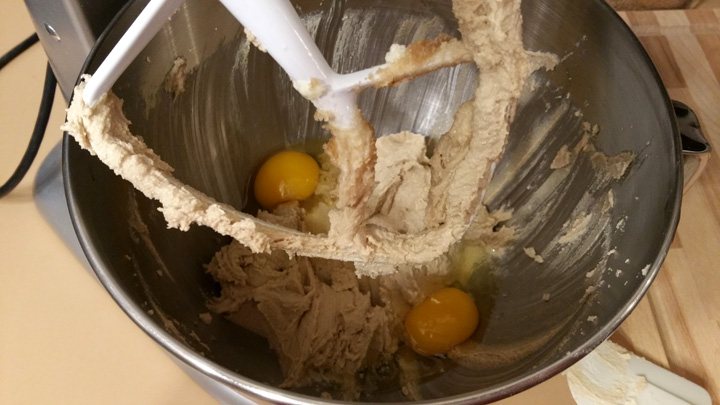 Then add the eggs and beat until combined. 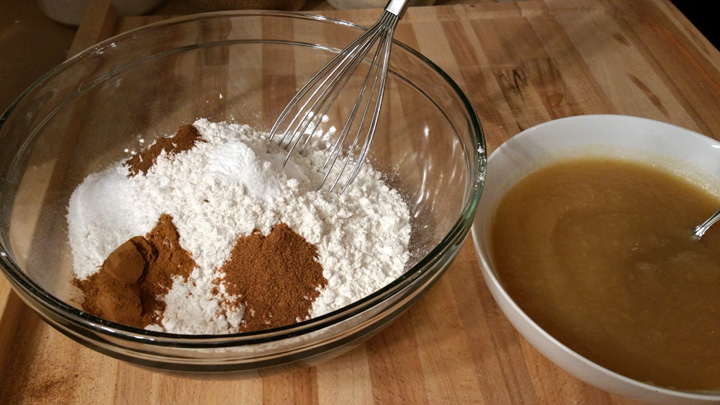 Assemble the dry ingredients and whisk them together until they’re evenly combined. Then get the applesauce ready. 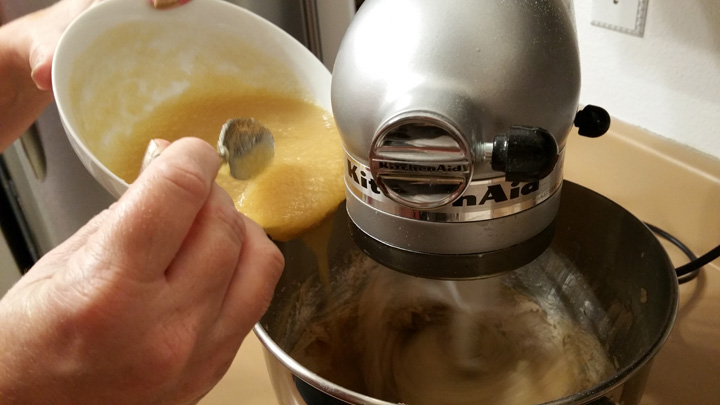 With the mixer on low, add one third of the applesauce. 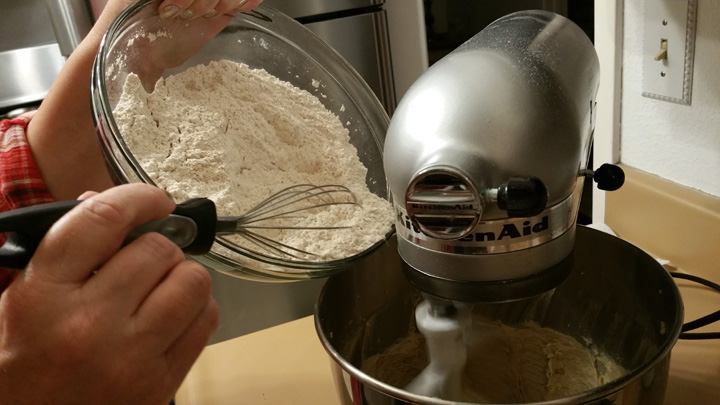 Turn the mixer off, then add one half of the flour mixture. Start the mixer slowly so you don’t get a cloud of flour in your kitchen. Mix until just combined. 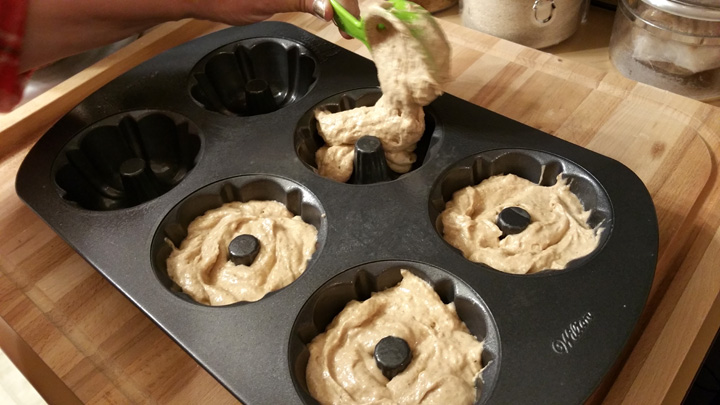 Generously grease your mini bundt pan. I use the baking spray with flour – it makes them come out nice and clean. Bake at 350 degrees for 20-30 minutes, or until a toothpick inserted in the center comes out clean. Let them cool in the pan for 3-5 minutes.

Turn them out onto a cooling rack and don’t eat them all right away.

Good luck with that one.

This is where I’d insert a picture of making the glaze. But I was in such a hurry to eat the cake (well I have to test them, don’t I?) that I forgot. So you’ll have to use your imagination here.

Combine all the glaze ingredients in a medium bowl and whisk until they’re evenly combined. If the glaze is too thick to drizzle, you can add more milk a teaspoon at a time until the glaze is the consistency you like.

Instructions
1) Cream together butter and sugar until light and fluffy.
2) Beat in two eggs until combined.
3) Whisk together dry ingredients.
4) Mix in one-third of applesauce, then half of the dry ingredients, then one-third applesauce, then the remaining dry ingredients, then the remaining applesauce.
5) Pour into well-greased mini bundt pans and cook at 350 for 20-30 minutes, or until toothpick inserted in center comes out clean.
6) Let cool in pans for a few minutes before turning out onto cooling rack.
7) Mix glaze ingredients together and drizzle over mostly-cooled cakes.